Baguio City has always been on my list for “places where I want to live”. Imagine the clear blue morning skies, foggy afternoons, and chilly romantic evenings you’ll get to experience most days (if not every day).

The City of Baguio, geographically located within Benguet in northern Luzon, has been a playground for locals and foreigners alike. With its increasing population and expansion in businesses and infrastructures, Baguio offers a place full of fun and adventure.

Last May, I visited the city again, this time with my running buddy. The trip to the north was somehow unplanned because we flew to Manila to join a half marathon. The race was in two days when we decided to go to Baguio. (Read my previous post “Who Run the World?” for more information)

How to get there

You can either drive your own car or catch a bus to go to Baguio. It’s a six-to-eight-hour drive from Manila depending on the traffic. We took the Victory Liner bus from Pasay at 12 midnight and arrived in Baguio at 6 in the morning. The fare costs 450php for regular aircon and 750php for first class (As of May 2016).

Known to be the Summer Capital of the Philippines, tourists flock the city on the first quarter of the year, during the Panagbenga Festival (Flower Festival), and during or after the Holy Week.

I was expecting hotels to be fully booked when we went there. But since it was not my first time, I kind of know how to go around the city and find ourselves a place to stay.

We stayed in a bed and breakfast place along Leonard Wood Road, just below SM City Baguio and near the ever famous “Session Road”. We got a room for 900 pesos (19USD) for a night. It was pretty cheap but it was decent enough. The room had two single beds and its own bathroom too. Most budget hotels in Baguio don’t have air conditioning since the place is cold enough and it gets even colder at night.

Aside from hotels, Baguio’s taxi cabs don’t have air conditioning as well. Although the places in the city are quite close to each other, riding a taxi in Baguio won’t hurt your pocket.

Instead of doing rounds of running to prepare for the race, we ended up roaming around the city, sight-seeing, and food-tripping. It was Katrice’s (my running buddy) first time in the city so we had a reason (more like excuse) to go around.

Here are some of the spots you might want to see in Baguio: 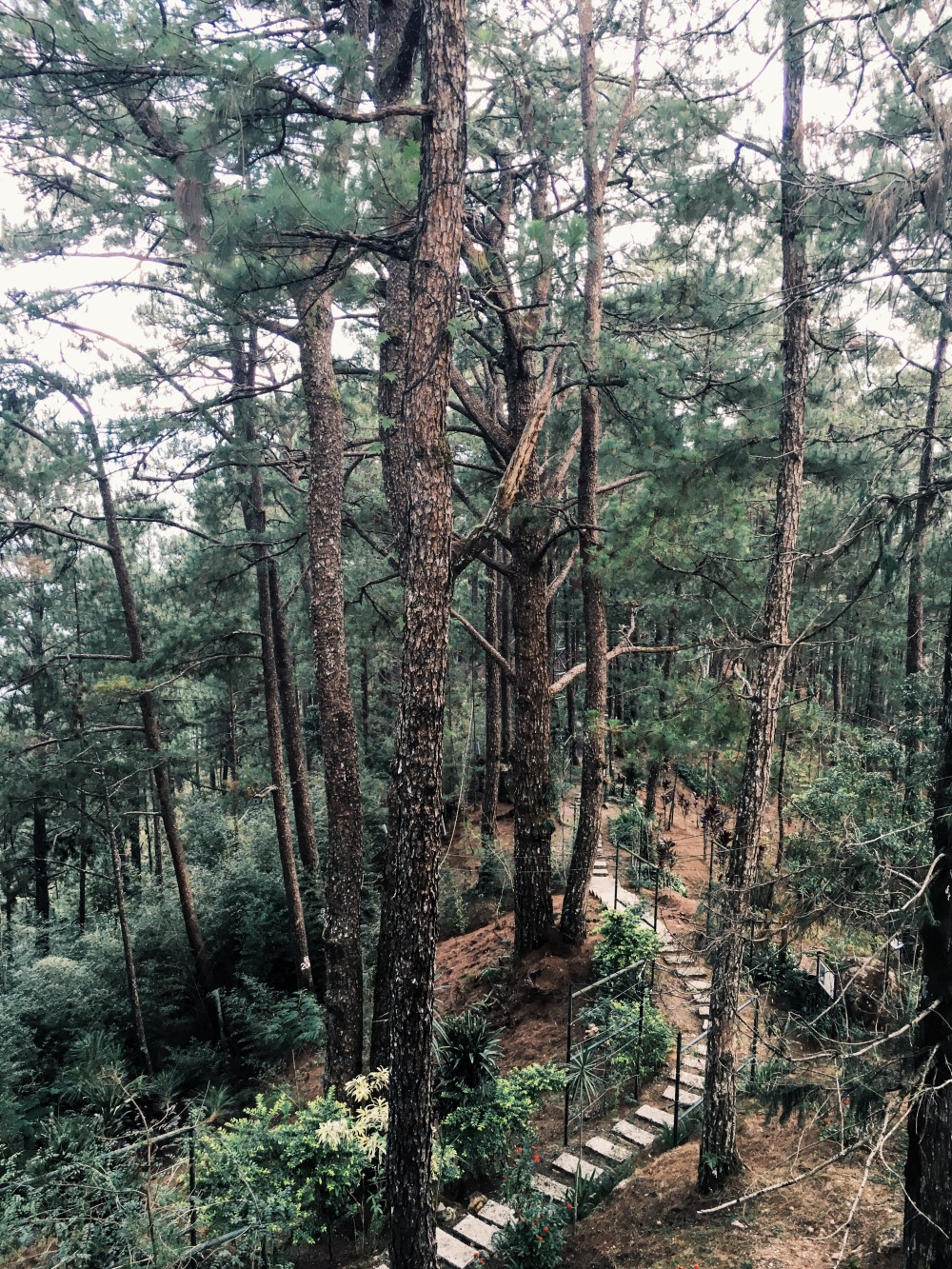 Burnham Park, located at the heart of the city, is centered around a man-made lake. The park was designed by and named after the premier American architect and urban planner, Daniel Burnham, who also designed the original plan of the city.

This park is considered to be one of the favorites of locals and visitors alike. There are many facilities and activities available in the area which includes biking, skating, and renting rowboats.

You can also watch a football game, attend a concert, have a picnic, join the Zumba sessions or just take a stroll around the park.

There are also tennis and basketball courts, a football field, several food places, outdoor kiosks, a playground, and an orchidarium where various kinds of plants, trees and flowers are sold.

For those who just want to sit down and relax, chairs and benches are distributed around the park.

Wright Park is located in the eastern part of the city, just across the main gate of The Mansion. It is one of the many scenic parks in Baguio.

The park has two main attractions – the “Pool of Pines”, a shallow elongated rectangular body of water and the “Park Circle” at one end.

One of the main activities in this park is horseback riding at the Park Circle. It is a favorite activity among children as well as adults. There are some horses which may be rented and taken farther out along South Drive, Mines View Park or Outlook Drive for an additional fee and with an accompanying guide.

The Mansion is located along C.P. Romulo Drive (formerly part of Leonard Wood Road) and right across Wright Park. It has been used by various Philippine presidents whenever they come up to Baguio for official visits. It is usually open only when there is an official function or activity.

The main gate of the Mansion is said to be a replica of that at Buckingham Palace in London. With its beautiful garden and a well-manicured lawn, it is considered as one of the great sites for picture taking.

Camp John Hay used to be the rest and recreational facility for employees of the military and Department of Defense of the United States. The facility was also used by the Japanese as a concentration camp for American and British soldiers during the war. Its name was changed to Club John Hay after its turnover to the Philippine government and got converted into a recreational complex.

Around the complex are beautiful gardens, picnic areas, parks, an amphitheater, a golf course and hiking trails that wind through the rolling hills and pine trees. It is by far my most favorite spot in the city. Today, it has a technological hub with several shops, food places, and coffee and dessert shops.

The recent movie That Thing Called Tadhana made this street famous. Session Road is the main highway of the city. It is considered as the center of Baguio’s business district. 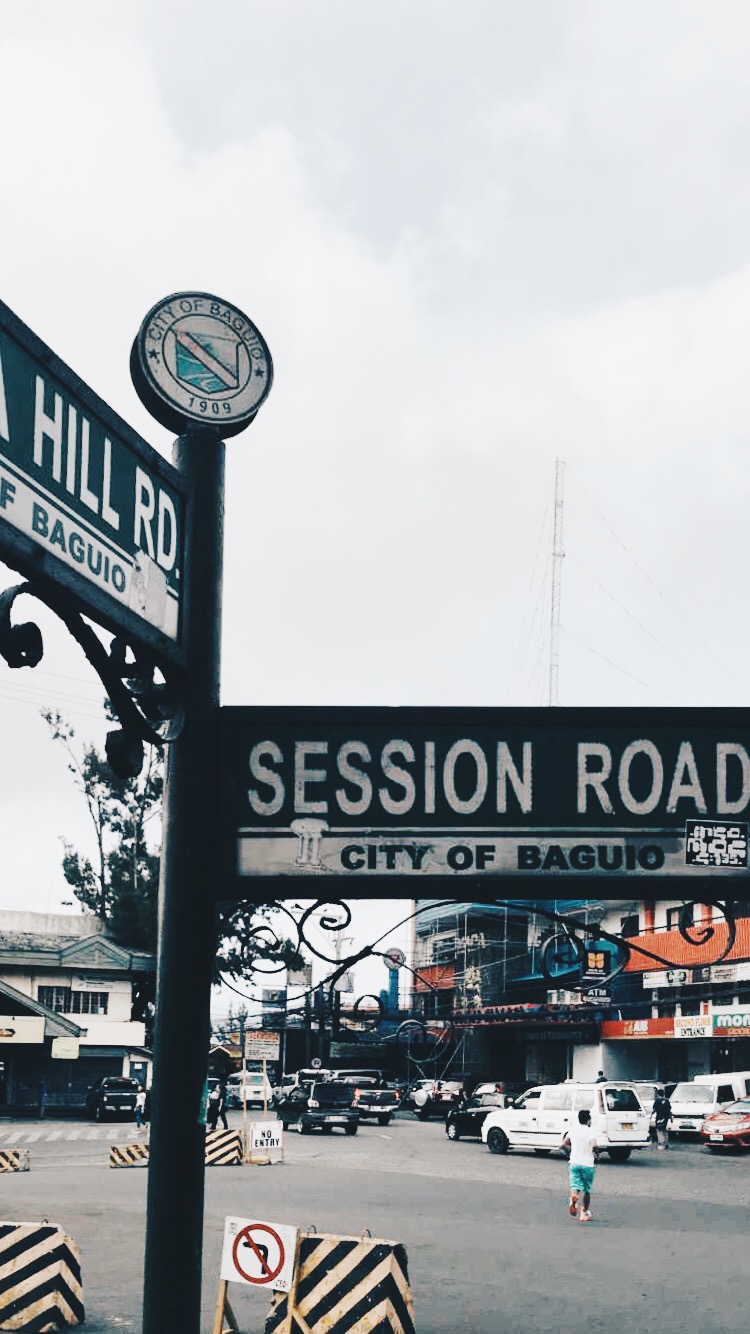 There are several stops you might want to check when you’re on this street. On the upper part you can find Mt. Cloud Bookshop and Cinematheque on the upper part.

If you are fond of watching international and local classics, Cinematheque is a place for you. Admissions usually cost 100 pesos (or sometimes free). It is open to the public and it shows internationally acclaimed indie films and documentaries.

If you’d rather see some late-night action, head to Harrison’s Thrift Market on the lower part, between Burnham Park and Session Road. It opens 9 PM onwards.

You can buy cheap clothes, bags, and shoes (and some stuff for winter too). And if you want to catch your breath from all the shopping, you can easily grab something to eat at the northern part of the strip.

Don’t forget to drop by the Good Sheperd Convent. It’s a 5-minute walk from Mines View Park. Stock up on their Alfajores, Cashew, and Peanut Brittle, and their delicious Ube and Strawberry Jam.

We only had a day to roam around the city since we had to prepare for the race. These are just the places where I brought my buddy. Aside from these spots, there’s the Philippine Military Academy, Botanical Garden, Panagbenga Park, Mines View Park, BenCab Museum and Strawberry Farm in La Trinidad. If you have plenty of time, include these in your itinerary.

We enjoyed our short yet sweet visit to the North. I will definitely go up again some other time. On my next visit, I will write about the food places in Baguio. As of now, don’t miss trying Baguio’s Strawberry Taho and Binatog. Ciao for now!